Newly appointed Sergeant Major of the Army
Daniel Dailey made his first official troop visit
to discuss the Army’s priorities, outline his
initiatives, and get feedback from soldiers at
Joint Base Lewis-McChord on March 2-3.

Dailey said the Army will place a great deal of
emphasis on developing adaptive leaders for
a complex world. To do this, he said units will
continue to train for full-spectrum operations
and focus on core soldier competencies and
military occupational skills.

He explained that this investment can be seen in the restructuring of the noncommissioned officer
education system. Dailey wants soldiers to use self-development, institutional training and operational
experience to increase their performance and provide educational credit. He said these practices will
benefit the Army and add value to military training in the eyes of the civilian employers.

Dailey also said the Army is looking to expand the number of formal education opportunities for enlisted
soldiers. The goal is to ensure soldiers are capable and confident in their abilities.

He wants “all Soldiers to train till their last day in the Army” and for all Soldiers to have the opportunity to
attend NCOES. “in the old days we would say he or she is getting ready to ETS so don’t send them to
WLC” and he says that he does not want to hear that anymore.

He wants to build on the educational opportunities afforded to soldiers and has submitted a proposal to
the Secretary of the Army to begin a program called “Army University.” Dailey said this program will
make it easier for soldiers to access education and allow the Army to become its own credentialing
service. He said his personal goal is for all soldiers to leave the military with a skill-related credential.

To compliment these changes to the NCO education system, Dailey advises that soldiers take
responsibility for their career. He said soldiers should do their best to excel at measurable tasks, like
physical fitness and weapon marksmanship. Soldiers should take their time in the NCO education
system seriously and look at it as an opportunity to set themselves apart. He said it should be the
personal goal of all soldiers to be the best. 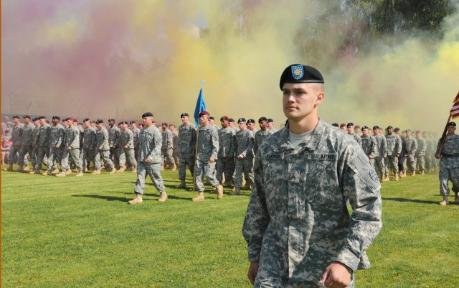